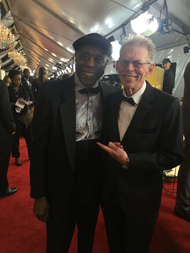 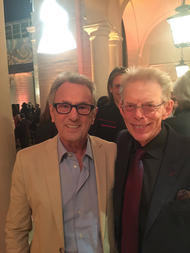 “Buddy Guy and I had a chance to catch up a bit!!! We did some jaming back in late Sixties! So glad to see Buddy get the recognition he so well deserves!”
“I attended the Grammy Nominee reception. The photo on the right is Al Schmitt and me. Al produced four Jefferson Airplane albums and the first Hot Tuna album!!! A legendary producer and wonderful human being!!!!! Some great stories here!!!”